In the second section of ‘Eye and Mind’ Merleau-Ponty describes what goes on in the act of making paintings – an intertwining of body and world that also serves as the model for perception in general. There are a number of ways of understanding this process of intertwining, all of which involve notions of mutual exchange. One idea is that of ‘material displacement’ between the body of the artist and the medium of expression, in other words: “It is by lending his body to the world that the artist changes the world into paintings.” (1964, p. 162) One could therefore argue that whether or not a painting takes on a recognisable resemblance to objects in the world, it will always contain some reference to the body of the artist who made it, implied by the traces of the movements involved in its construction.

Another way of understanding this according to Merleau-Ponty is to think of it as a kind of ‘mutual visibility’ between artist and world. This reciprocal process of ‘seeing and being seen’, or ‘touching and being touched’ is for Merleau-Ponty one of the essential ingredients of perception in itself, and he seems to see in painting a vivid demonstration of this process taking place. As artists are ‘moved by’ the world (both physically and emotionally) both their response to, and recording of, this experience also involves a ‘movement of’ the world – rearranging some of its material elements into a new configuration that we call a work of art. Paintings could therefore be seen as a natural by-product of a painter’s way of being-in-the-world, a way of grasping and registering its effects on the artist, at the same time as communicating these effects to others. As Merleau-Ponty describes it, a process whereby for the painter: “..vision becomes gesture, when, in Cézanne’s words, he ‘thinks in painting’.” (1964, p. 178)

Richard Long’s early work “Line Made By Walking” is a simple but powerful example of one kind of encounter between the body of the artist and the materiality of the world. As a record of the artist’s movement in – and of – the world, the line of footprints in the grass could just as easily be described as ‘the artist seen by the world’, as ‘the world seen by the artist’.

In a short footnote to the essay ‘Eye and Mind’ (1964a, p. 172, n. 22) Merleau-Ponty mischievously asks why there is no ‘universal language’ of images: “Why then do we not methodically produce perfect images of the world, arriving at a universal art purged of all personal art, just as the universal language would free us of all the confused relationships that lurk in existent languages?” As Merleau-Ponty has described elsewhere, perhaps most notably in the essay “On the Phenomenology of Language” from 1951, these ‘confused relationships’ are in fact intrinsic to the ability of language to communicate meanings at all, given that each of us has a unique point of view on the world, and no two experiences – even of the ‘same’ object – can ever be identical. This inherent vagueness or slippage in the relationship between signifier and signified has been well-documented in twentieth century linguistic philosophy, and likewise Merleau-Ponty posits what we might call a ‘deficit and surplus’ model to explain how language works. As human perception can never fully capture or ‘exhaust’ the world that we encounter, we could say that the world continually ‘transcends’ our experience of it. Likewise, any of our attempts to describe our experience – for example in spoken, written or visual form – will always fall short of capturing the full felt richness of the experience as it happened. But despite the apparent inadequacy of any of the ready-made signifying ‘codes’ to capture the uniqueness of the moment, there is also a benefit to this mismatch between feeling and thought, or between idea and expression. Because each of the available signifiers also carries within it a memory of meanings and nuances accumulated over the history of its use, it will also – as if by accident – communicate more than the speaker, writer or artist themselves ever intended. This is one reason why ‘thinking out loud’ can help us understand and process complex experiences, as Merleau-Ponty suggests, “..my spoken words surprise me myself and teach me my thought.” (1964b, p. 88)

Building on this principle Merleau-Ponty then begins to develop a mechanism by which innovation can take place in language, as a way of getting around the problem of having to rely on existing significations in order to be clearly understood. To do this he draws a distinction between what he calls ‘spoken’ and ‘speaking’ speech, where the former refers to the more familiar and well-worn forms of conventional everyday language. By contrast, ‘speaking speech’ describes the more challenging and rarefied patterns of poetic and literary expression, where we often experience a sense of estrangement from conventional meanings as if the writer is deliberately playing with the possibilities of the medium itself. Sometimes this can literally involve reconfiguring and distorting existing forms of expression as a way of capturing, and to some extent actually producing new levels of meaning: “It is just this process of ‘coherent deformation’ of available significations which arranges them in a new sense and takes not only the hearers but the speaking subject as well through a decisive step.” (1964b, p. 91)

Merleau-Ponty describes this process as a kind of ‘renewal’ of language, necessary to retain the vitality of the medium itself in the face of the overly conventionalised habits of everyday communication, which he claims ultimately cut language off from its origins in experience. It could also be argued that with any embodied medium of expression these deformations of form are in fact unavoidable – a natural by-product of the vagueness and slippage inherent in the processes of ‘encoding and decoding’. That is, perhaps any attempt to reproduce even commonplace  forms of expression will always be less-than-perfect, leading to ambiguities of meaning even where none was intended. Whether these (deliberate or accidental) distortions are seen as useful and meaningful deviations from existing forms of expression will determine whether they acquire a lasting value and live on to become part of the ever-expanding lexicon of available significations:

“Each act of philosophical or literary expression contributes to fulfilling the vow to retrieve the world taken with the first appearance of a language, that is, with the first appearance of a finite system of signs(..) Each act of expression realizes for its own part a portion of this project, and by opening a new field of truths, further extends the contract which has just expired. This is possible only through the same ‘intentional transgression’ which gives us others; and like it the phenomenon of truth, which is theoretically impossible, is known only through the praxis which creates it.” (1964b, p. 96)

Jonathan Hale is an architect and Professor of Architectural Theory at the Department of Architecture and Built Environment, University of Nottingham. Currently Head of the research group Architecture, Culture and Tectonics, within the Faculty of Engineering. Research interests include: architectural theory and criticism; phenomenology; the philosophy of technology; the relationship between architecture and the body; museums, exhibitions and digital technologies. Author of numerous articles and books and co-editor of Rethinking Technology: a Reader in Architectural Theory (Routledge, 2007). Founding Chair of the international subject group: Architectural Humanities Research Association (AHRA): http://www.ahra-architecture.org
View all posts by bodyoftheory »
« Critical Phenomenology
Harman on Heidegger: ‘Buildings as Tool-Beings’ »

6 thoughts on “Eye and Mind” 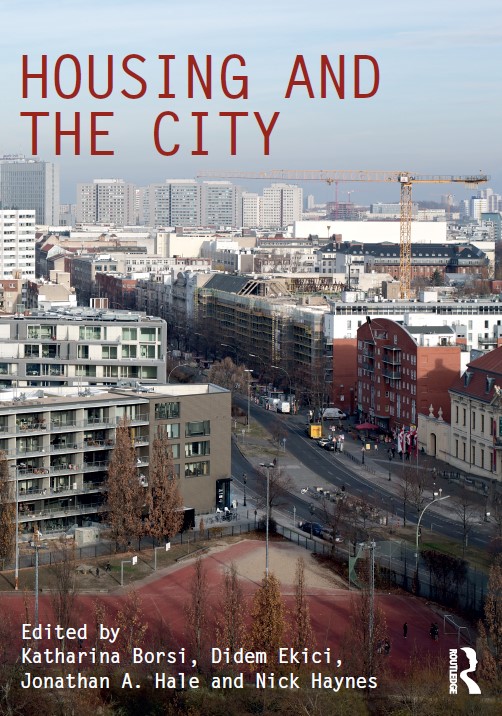 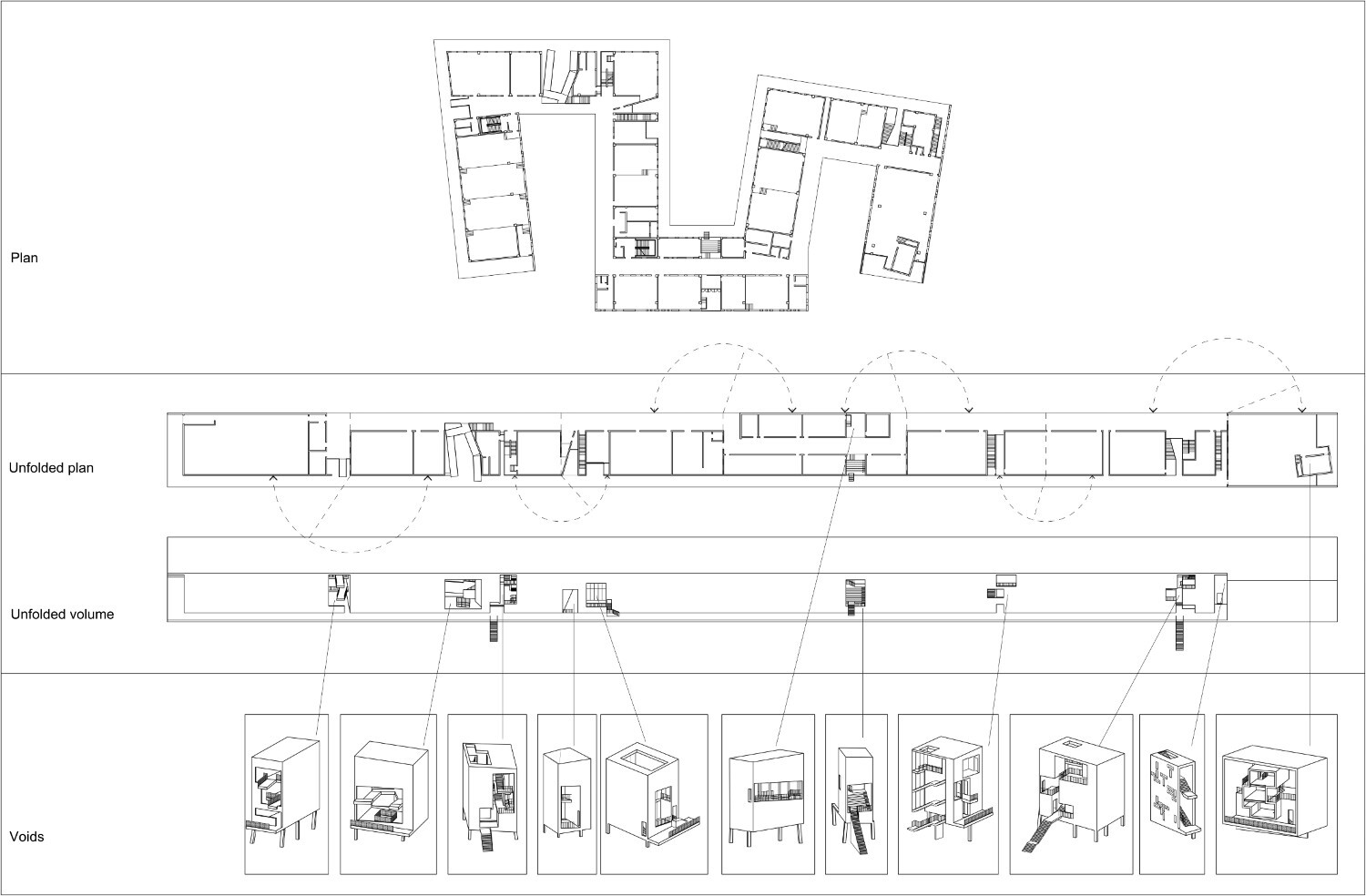