A ‘narrative environment’ can be any space that is used to tell a story. All spaces, whether deliberately intended or not, contain clues about who made them and who used them. This studio will consider buildings that have been consciously designed to tell a story, whether these narratives are the dominant function of the space – as in museums, galleries and heritage sites – or whether they act in some related secondary way, such as in commercial, retail or other cultural locations.

The programme for the Autumn semester project will be based on the RSA student design competition 2015, using the brief for the category Heritage By Design. The full brief is attached as a PDF, from which the following text is an extract:

This brief asks you to think about what would encourage people to take greater interest in heritage and how it contributes to individual and collective livelihoods and wellbeing, as well as place-making. Heritage is most often referenced in built environment terms, ‘subsumed into the more visible – and visual – arts and culture portfolio,’ but this brief asks you think about heritage in the broadest terms, from our own personal heritage – ancestry and culture – to our collective heritage as a society, including the places we live in.

The first semester project brief is therefore left open enough to allow a range of sites and building types to be engaged. Using Nottingham as a starting point the studio will require each student (or group of two) to identify a building or heritage site which is currently ignored, neglected or under-utilised in some way. The basic objective will be to create an exhibition that tells the untold story of the place within the place itself, ‘bringing it to life’ in a way that engages users in an active dialogue with the environment as part of their regular use of the building/site. This exhibition could take a number of forms –from physical to virtual – using a range of available techniques and technologies, including any or all of the following: from major architectural proposals; minor or minimal physical interventions; to purely virtual ‘experience technologies’ such as video/lighting projections, mobile augmented reality devices or personal audio soundtracks, among others.

For Year 6 students the project could be used a means to identify, study and begin to explore the development potential of sites that could be used for the second semester thesis design project; whereas for Year 5 students, the objective is to produce an entry for the RSA design competition with a potentially ‘non-architectural’ project (in the sense of not having to be a full scale building) that will also help develop ideas about storytelling-in-space that can be applied in the semester two CDP project for a Performative-Space in London.

Ingold, T., The Perception of the Environment: Essays on Livelihood, Dwelling and Skill, Abingdon: Routledge 2000. 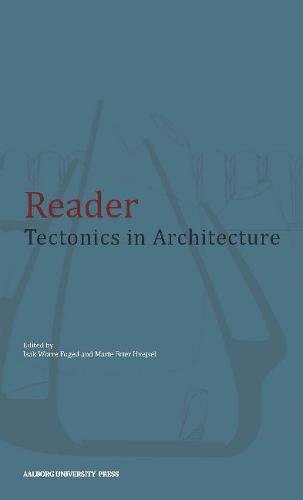